In recent decades a wide range of industries have discovered the versatile qualities of aluminium extrusion alloys. Lightweight and malleable they can be manufactured quickly and relatively inexpensively for a host of practical applications. Aluminium is increasingly becoming the preferred metal over steel particularly for engine refinement in a bid to reduce fuel consumption. Aluminium extrusions are being used for components in marine locations due to their greater resistance to corrosion. However, using aluminium extrusions isn’t straightforward as there are several different alloys which incorporate very small quantities of other metals and directly affect the exact nature of the aluminium. Choosing the most suitable alloy for your design or manufacturing project is crucial to its success. 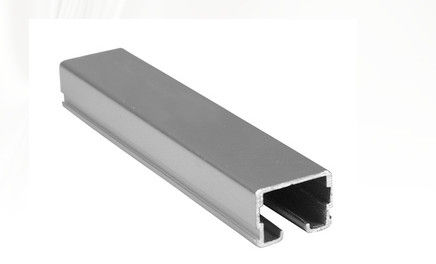 In spite of its inherent strength pure aluminium is often considered to be too soft for many applications. As a highly malleable metal, its performance is greatly enhanced by adding other metals. The resulting alloys are internationally recognised and ordered into different Series numbered from 1000 to 8000, each with its own acknowledged benefits and suitability for use. Each alloy responds differently to the various heat hardening treatments to achieve effects such as increasing strength or raising resistance to corrosion.

Aluminium with at least 99% purity is in the 1000 Series. Additions of copper place the aluminium in the 2000 Series and is used instead of steel due to its increased strength although it can be prone to stress fractures when under extreme pressure making it unsuitable for aviation and aerospace applications. For these purposes the 7000 Series is much preferred due to its greater tensile strength which is gained from the addition of zinc. Manganese is included in the 3000 Series while the 4000 Series is alloyed with silicon. When alloyed with magnesium, aluminium in the 5000 Series is considered to have the greatest resistance to salt water and as such is in high demand for shipping and coastal defences.

The 6000 Series of aluminium and particularly no. 6061 is the most useful with a range of applications for the automotive industry and the production of household goods. It contains silicon and magnesium, responds well to heat treatments and offers a superior performance when being welded, pressed or machined. The experienced engineers at Edmo Limited can advise you on which cost-effective aluminium alloy is perfect for your project.

Living Room Trends 2023 To Jazz Up Your Home