Some large projects in the midstate just received a big boost.

The grants are part of a long of list of projects across the state that were awarded money for redevelopment through the state’s Redevelopment Assistance Capital Program. The grant program is administered by the State of Pennsylvania’s Office of the Budget and is for the acquisition and construction of regional economic, cultural, civic, recreational, and historical improvement projects.

Grant money has been awarded from the state through the Redevelopment Assistance Capital Program since 1986.

In Dauphin County, projects in Upper Paxton, Derry and Lower Swatara townships and Harrisburg were awarded grant money. Two projects in Schuylkill County and one project in Lebanon County were also awarded grants.

The projects include construction work at Penn State Harrisburg, Penn State College of Medicine in Derry Township and at the Whitaker Center.

But, not every project received money. A number of projects in the Harrisburg area didn’t receive any money at all, including the redevelopment of the former Bishop McDevitt High School building; renovations to the Scottish Rite Cathedral; renovations to the King Mansion on Front Street in Harrisburg; the Hershey Fire Station; the Hudson Building; a parking garage near the future Federal building and the Susquehanna Union Green development. The cities of Harrisburg and Lebanon as well as Swatara Township all were denied funding.

Below is a list of projects in Dauphin, Lebanon and Schuylkill counties that requested RACP grant money.

Mountain Ridge Metals is expanding its location by site preparation in anticipation of building construction. . RACP funds will be also be used for the physical construction of the mechanical, electrical, and plumbing components.

The purpose of the project is to increase the versatility and longevity of research facilities at the College of Medicine. The college said that the project will enhance its ability to support groundbreaking research in all medical fields including cancer treatment. Initial estimates indicate that roughly 25,000 square feet of existing facility space can be renovated to support the College’s research facility needs. It is further estimated that 20,000 square feet of additional newly constructed space will be needed. The mix of buildings located at 500 University Drive and 700 HMC Crescent Road in Derry Township is the target for these activities. Both of these buildings house more than just the College of Medicine and are part of the larger campus housing Penn State Health and the medical center.

The Whitaker Center plans the following:

Coworking at the Bridge LLC requested $2,000,000 but wasn’t awarded any money.

The project includes the renovation and construction of 21,692 square feet of co-working space at the former Bishop McDevitt building.

The project will include:

The proposed RACP scope of work would be contained to the exterior and interior renovation of the existing, historic structure. Renovations would include partial roof replacement; HVAC system replacement; installation of a new fire protection system; replacement of flooring; and replacement of the building’s original windows and glass doors – 17 doors and 72 window openings in total.

Mighty Group plans to rehabilitate the exterior of the property. In addition, the company will demolish and rebuild the interior as it plans to attract a variety of tenants including retail, food-related businesses, and office space. Activities include interior demolition, construction, and renovation.

The project is located on a 1.5-acre site between Reily and Boyd Streets and Fulton and North Fifth Streets. It will feature a five-story, 75,000 square foot office/retail building as well as a new, separate five-story parking structure. KevGar is assembling 40 parcels from three private owners and the Harrisburg Redevelopment Authority for the project, which will include the construction of 15,000 square feet of retail space, 60,000 square feet of office space, and a parking garage with 420 spaces. The company said that the proposed parking garage is of critical importance to address the parking shortage related to the future Federal Courthouse.

The project entails the development of a 58-acre “infill” site into a mixed-used development. The site has never been developed and requires installation of utilities, including water, sewer, electric, and gas, creation of stormwater management facilities, installation of internal roadways and parking areas, improvements to surrounding roadways, development of public parks and green spaces, and development of commercial and retail businesses, single family homes, and senior apartments.

The proposed project will include the construction of two new facilities at the Eisenhower Boulevard site, one for the Public Safety Department (which includes the Police Department, Swatara Fire & Rescue Services, and Emergency Management Services) and one for the highway department. In addition, renovations will be completed to the existing municipal building.

The college intends to construct a new 30,000-square-foot facility to provide students with clinical experience. The school said that the skills and simulation laboratories will provide procedural training and provide high-tech manikins and equipment to enable students to learn and practice actions including blood pressure monitoring, catheterization and wound care.

The city plans to move city hall downtown and construct a parking garage to assist with the revitalization of the downtown corridor. The city will utilize land that is currently used as a downtown municipal surface parking lot for the construction of a four level public parking garage. The garage will provide parking for approximately 320 vehicles. The city plans to purchase the building at 735 Cumberland Street from HACC and lease space back to the HACC, Lebanon Campus. The project includes construction of a new four level parking garage, renovation of an existing building and constructing an attached secured parking garage for the police department.

The Shenandoah Innovation and Event Center, will support Schuylkill County’s economy by offering programming, training, and mentorship for budding entrepreneurs and small business owners, and by providing maker and artist spaces, a business incubator, community event space, culinary makerspaces, and a conference room. The project entails construction of a new 37,131-square-foot facility located on vacant lots on the east side of the 100 block of North Main Street.

A Relatives of Four and a Property Place of work, in 660 Sq. Toes?

Tue Jan 5 , 2021
Most New Yorkers searching for an condominium to renovate put sq. footage at the major of their wish lists. Kurt Arnold and Aya Maceda prioritized a little something else. “Before how major it was, or anything else, our concentrate was that we desired an condominium with a superior quality of […] 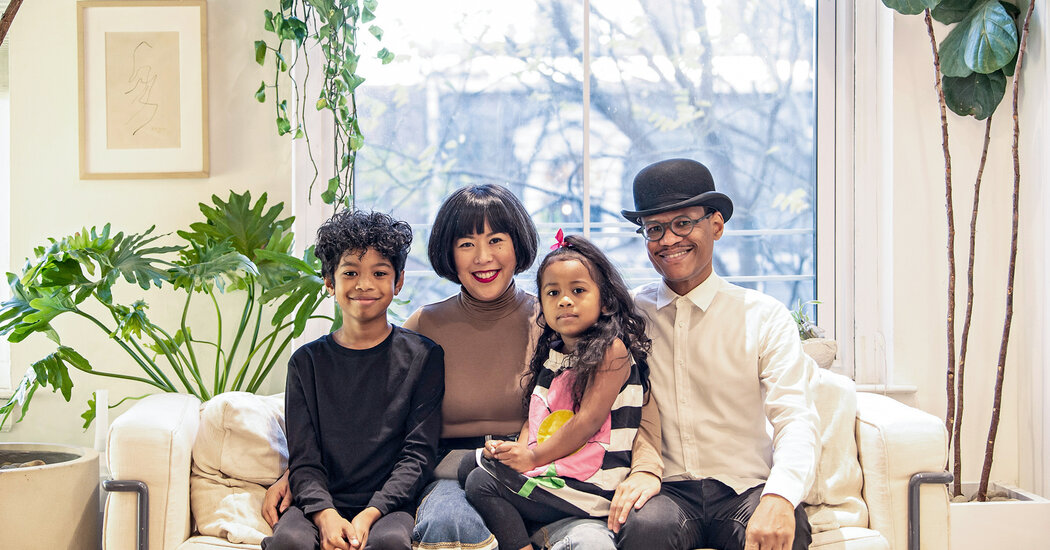