In 2015, they had one more wish: replacing a sealed-off chimney with a picture window. It was supposed to cost $6,000.

But a spiraling series of events left the lifelong educators with an unbelievable result: the bulk of their newly renovated home demolished, replaced by a 15-foot, water-filled hole so dangerous it was condemned by the town of Cicero.

To make things worse, Keegan, 48, and Kopf, 53, spent $115,000 on the disastrous renovation, had to live with friends for months and had huge debts filed against them in court.

Kopf had to declare bankruptcy to pay off the debt – she won’t be free and clear for another year.

“We’re just starting to get our lives back together,” Keegan said recently.

Who’s to blame for turning their dreams upside down?

Mace’s deceit eventually caught up to him, but not until years later: he was charged and convicted of felony grand larceny in 2019 after swindling six homeowners out of more than $100,000. Sometimes, he never even showed up to work. The state Attorney General has since taken Mace to civil court, getting a judge to monitor Mace’s behavior going forward.

RELATED: CNY contractor who swindled $100,000 can only work in future under judge’s watchful eye

The criminal prosecution all played out years after authorities closed an investigation into Mace’s work on the music teachers’ house, citing lack of evidence.

Mace’s lawyer did not respond to a request for comment for this article. But Mace has previously cast himself as the victim, claiming the family didn’t pay him enough.

The biggest hurdle to pursuing Mace in the Cicero case, according to prosecutors? Keegan and Kopf had paid Mace $85,000 in straight cash. There was no paper trail showing what Mace did with the money.

Indeed, texts exchanged between Mace and the family show a warm relationship that soured within weeks in late 2015 as problems mounted, costs skyrocketed and work ground to a halt.

Eventually, Mace walked off the job in late December 2015 after a shouting match with Keegan. When confronted by authorities, Mace blamed the family for not paying him enough to complete what turned into massive project.

But the project foreman, Brad Whidby, told police that he believed the family had paid Mace too much. He quit working for Mace after becoming suspicious about how the money was being used. By that point, Mace had cut the foreman’s salary by more than half, claiming he was running out of money.

“Things just didn’t add up,” Whidby told Syracuse.com | The Post-Standard, echoing what he’d told deputies at the time. “Dan definitely had the money to make things right for those people.”

To this day, the couple’s former property is a grassy lot on a residential corner. A neighbor bought their lot from the bank for $30,000 for storage in their two-car garage – virtually all that’s left of their old house.

Keegan and Kopf, who met while teaching in the North Syracuse district, have since bought a new home. But their debt has kept them from taking planned vacations and they’ve only recently stopped living paycheck to paycheck.

It all started with a simple plan: take down an old chimney and put in a window.

Kopf had lived in the house for decades. The music teacher of 28 years had long ago paid off the house. She’d expanded it and updated it.

Because the chimney project was so much smaller, they took a chance on Mace. He promised them that no one would do the work cheaper.

But the project was beset by problems from the start. While inspecting the roof line around the chimney, Mace noted there were holes in the plywood under the shingles: it needed a new roof.

The homeowners agreed, and paid Mace $25,000 cash to do a complete teardown and replacement. Within days, that project was done.

But even bigger problems loomed: the sill joists – large beams that hold up the house off the foundation – were rotted. The siding was, too.

Mace had a solution: jack up the house and fix them. But when he did, he discovered that all of the sill joists were rotten and there was mold on them.

Keegan and Kopf decided to go the big route: tear down the original portion of the house, with its rotten beams, and build all over.

They signed a new contract for a whopping $125,000, which included the money already paid.

For that, Mace promised to tear down the bulk of the house and rebuild it on its existing footprint. That would include tearing down the family’s sparkling kitchen with granite countertops, two renovated bathrooms, a dining room and a spare bedroom.

After removing all of the cabinetry, countertops and furniture they could, Mace’s workers knocked down the rotten portion of the house.

The demolition left a gaping hole in the ground, roughly 40 feet by 40 feet. Only a tarp blocked the elements from the remaining portion of the house.

Keegan and Kopf moved out of their house to stay with friends as the renovation-turned-rebuild continued. Little did they know that they would never live in their dream home again.

After the tear-down, even bigger problems emerged.

The demolition destabilized the foundation on the remaining portion of the house, which included a family room and the master bedroom. Also, there was damage to the remaining roof caused by the tear-down.

The owners made another decision: demolish another 12 feet of remaining house, including part of a family room and their master bedroom. The contract was rewritten again, this time for $175,000.

But there was one last problem, which is what ultimately doomed the project.

The hole where their house used to be had filled, on its own, with several feet of water. A pump and gas-powered generator were brought in to clear out the hole.

Eventually, workers discovered an abandoned well at the bottom. It was constantly pushing water into the foundation area. That’s why the sill joists had been rotten to begin with.

All work had to stop until the ground could be dried out permanently. Workers tried to cap the well, with little luck.

As the project became more and more complex, Mace started showing up to work less and less, Keegan said.

The disaster came to a head two days before Christmas in 2015, when Mace and Keegan had a heated argument at the site.

Keegan and Kopf demanded to know how all of their money to that point had been spent. Mace said he couldn’t keep going without more money.

After the argument, Mace stopped working all together.

Days later, a structural engineer deemed the house unsalvageable. The couple’s lawyer sent Mace a letter ordering him to stop work. There was a fight over getting all of the belongings out of storage: Mace demanded more money, but eventually was forced to return everything he could find.

In the end, Mace slapped the homeowners with a mechanic’s lien of $46,000. The town ordered the hole be filled in for safety. Keegan and Kopf scrambled to find a new place to live, taking loans from their retirement and wracking up huge credit card bills, Keegan said.

Eventually, they found a builder who worked with them to get into a tidy house near Bridgeport. They were allowed to bring much of their salvaged cabinetry from the old house.

Kopf – who was the sole owner of the old house – declared bankruptcy to structure her debt into manageable payments. Keegan was able to get a mortgage on the new house under his name. The bank took possession of their old house, selling it to a neighbor for $30,000.

And it all started over “just putting a big fricking window in,” Keegan noted.

In the end, Keegan said the ordeal won’t keep the couple from retiring in the next few years. And their plans for a trip to Paris to celebrate their 10th wedding anniversary were scrapped by the pandemic, anyway.

But perhaps the biggest impact is far deeper than dollars and cents.

“We’re not as trusting anymore, we can tell you that,” Keegan said.

A glance inside of The Goss Opera House

Sat Jan 16 , 2021
WATERTOWN, S.D. (KELO) – Soon after a multi-million dollar renovation, The Goss Opera Home is searching ahead to welcoming visitors. Watertown has been the house of The Goss Opera Home for a lot more than 100 a long time. “Charles Goss came to Watertown in the 1880s and he constructed […] 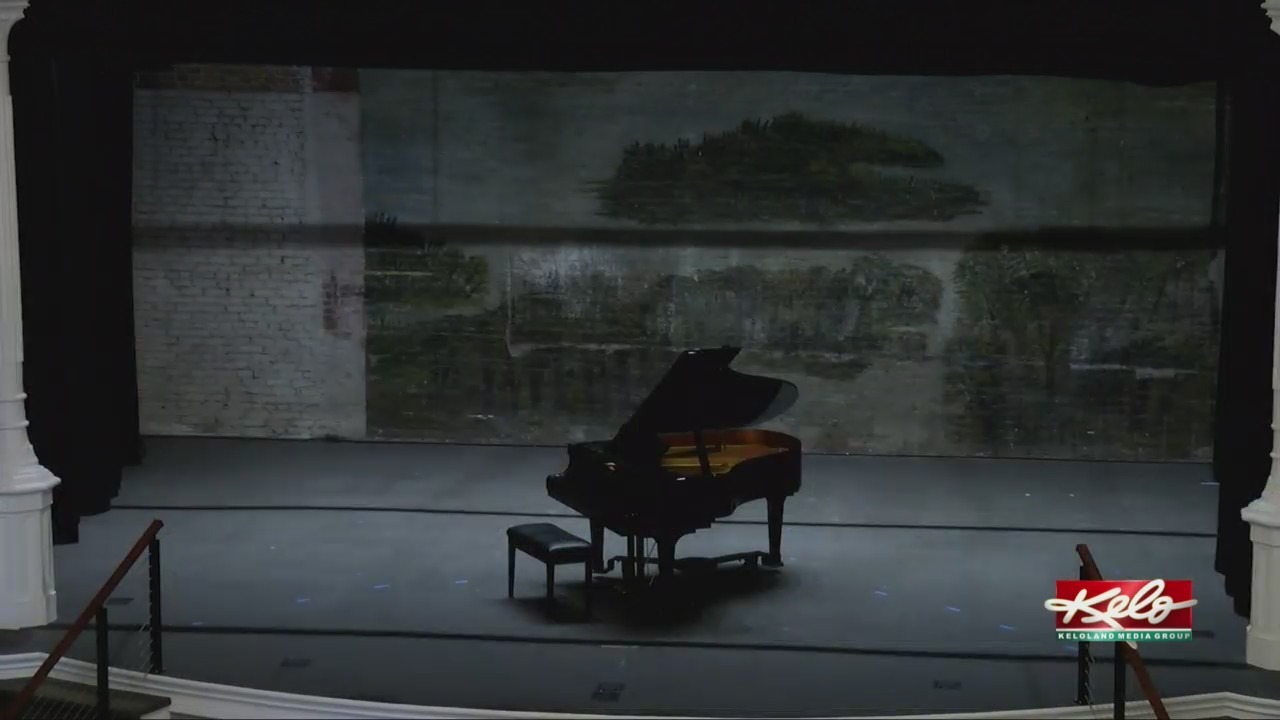